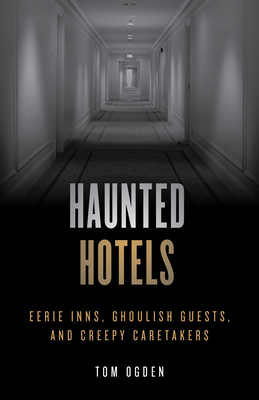 
Not On Our Shelves—Ships in 1-5 Days
Haunted Hotels comprises more than two dozen tales of ghosts, unexplained phenomena, and other spooky happenings at hotels, inns, and rooming houses across America and around the world. Tom Ogden, author of four other books in the Haunted series, also provides information for readers who wish to check in and check out the spirits themselves . . . if they dare.
Tom Ogden is one of America's most celebrated magicians. Over thirty years he has gone from the tinsel-and-sawdust of the circus ring to the glitter-and-sequins of Las Vegas, Atlantic City, and Lake Tahoe. He has appeared on specials such as The World's Greatest Magic II (NBC) and The Great Magic of Las Vegas (FOX). He is the author of several books--including four in the Haunted series: Haunted Highways, Haunted Hollywood, Haunted Theaters, and Haunted Cemeteries, as well as The Complete Idiot's Guide to Ghosts and Hauntings and The Complete Idiot's Guide to Street Magic.