Unexpected Bravery: Women and Children of the Civil War (Paperback) 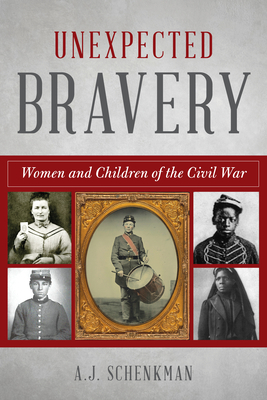 Unexpected Bravery: Women and Children of the Civil War (Paperback)

By A. J. Schenkman


Not On Our Shelves—Ships in 1-5 Days
The American Civil War divided the United States from 1861-1865. During those years, over two million soldiers served in both the Union and Confederate Armies. What is little known is that not only the numerous children, some as young 12, enlisted on both sides, but also women who disguised themselves as men in an attempt to make a difference in the epic struggle to determine the future of the United States of America.
A.J. Schenkman is the author of several regional history books including the upcoming Patriots and Spies in Revolutionary New York (Globe Pequot). He has written for many magazines, blogs, and academic journals. He is a teacher in Ulster County and lives with his family in New Paltz, New York.