All Things for Good: A Puritan Guide (Paperback) 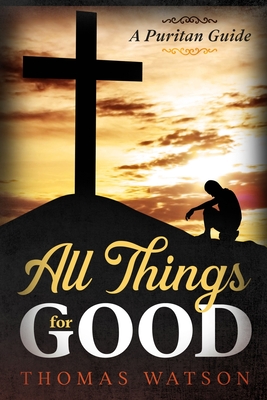 All Things for Good: A Puritan Guide (Paperback)


Special Order—Subject to Availability
(This book cannot be returned.)
You Probably Don't Know a Single Person Who Hasn't Asked Out Loud or at Least Thought about This Question: Why Do Bad Things Happen to Good People?

Why do little children die, why do the kindest among people all get the worst imaginable diseases, why do butterflies only live for a few hours?

This and many more baffling questions are answered in the book that explains the wondrous ways of God.

The best things work for good to the godly, the author of this book believes.

He explains how His powers are only directed to the best outcome of it all, and details why it all happens for a reason.

The wisdom of God works for only good.

They are food for faith, and that which strengthens faith works for good. The promises are the milk of faith.

When we fear the most, when our spirits are too faint, He finds us and shows us the way.

You won't have to feel frustrated, thinking there are no answers anymore, because this book has all the answers you need It will give you an understanding of life that will make your heart sing.

The author believes that the best things work for good to godly people, and he wants to share his wisdom with you.

His writing style is witty and engaging, soothing souls and making lives easy due to the peace of heart and mind that follows true faith.

Thomas Watson ( 1620-1686) was an English, Nonconformist, Puritan preacher and author. He was educated at Emmanuel College, Cambridge, where he was noted for remarkably intense study. In 1646 he commenced a sixteen-year pastorate at St. Stephen's, Walbrook. He showed strong Presbyterian views during the civil war, with, however, an attachment to the king, and in 1651 he was imprisoned briefly with some other ministers for his share in Christopher Love's plot to recall Charles II of England. He was released on 30 June 1652, and was formally reinstated as vicar of St. Stephen's Walbrook. He obtained great fame and popularity as a preacher until the Restoration, when he was ejected for Nonconformity. Notwithstanding the rigor of the acts against dissenters, Watson continued to exercise his ministry privately as he found opportunity. Upon the Declaration of Indulgence in 1672 he obtained a license to preach at the great hall in Crosby House. After preaching there for several years, his health gave way, and he retired to Barnston, Essex, where he died suddenly while praying in secret. He was buried on 28 July 1686.