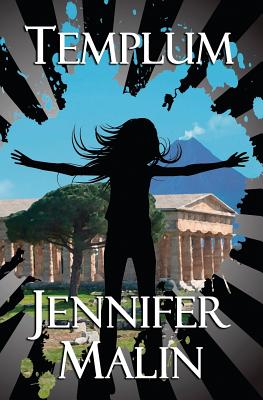 
Not On Our Shelves—Ships in 1-5 Days
(This book cannot be returned.)
After losing her job, her boyfriend and her best friend, Brit Colladay thinks she's hit rock bottom. Then while touring Roman ruins, she's accidentally transported to the first century. Living as a slave near Pompeii, she fakes a gift of prophecy, but when she predicts Vesuvius will erupt, her owner doesn't believe her. Nicomachus, a Roman priest renowned for the "miracles" he engineers, knows a fraud when he sees one, but Brit's brains and beauty intrigue him, and he'd rather join forces than expose her. In exchange for sharing her tricks, she wants help escaping the upcoming eruption, but helping a slave run away could get him executed. As time runs out, they try to forge a plan. Is the answer fleeing, traveling through time, or even changing history? And can they stay together, or will survival mean living apart? This historical time travel-packed with romance, mystery, action and a touch of steampunk-will appeal to fans of Michelle Moran, Susanna Kearsley, and Phyllis T Smith; the TV shows "Rome" and "Spartacus"; and the film Pompeii.
JENNIFER MALIN inherited double copies of the bookworm gene from a mom who reads voraciously and a dad who once spent his downtime writing in the crane he operated. Her first two novels, AS YOU WISH, a time travel, and ETERNALLY YOURS, a ghost romance, were originally published by Jove (Penguin Group USA). After that, Jen's love for Jane Austen led to several works set in Regency England--one from Leisure Books and three from Zebra. In recent years, her fascination with archaeology inspired THE FIVE-DAY DIG, a contemporary mystery/romance set near Pompeii; SEVENTH SANCTUARY, a steamy novella of ancient Sumeria; and TEMPLUM, a time travel featuring a contemporary heroine and an ancient-Roman hero. Her latest novella WISH I MIGHT is the prequel to AS YOU WISH. Next up is the third installment in the series. Jen and her husband, Martin, an Aussie ex-pat, live outside of Philadelphia but travel to see ancient ruins and Formula 1 races as often as they can. She's an art enthusiast, a fan of film, and the proud aunt of three amazing nephews. Find descriptions and sample chapters for all of her books at www.jenmalin.com.