Reinterpreting a Native American Identity: Examining the Lumbee through the Peoplehood Model (Hardcover) 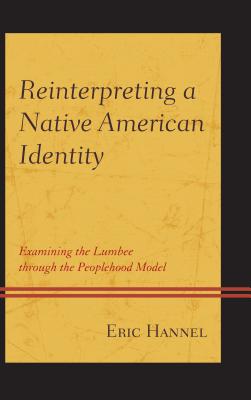 Reinterpreting a Native American Identity: Examining the Lumbee through the Peoplehood Model (Hardcover)


Not On Our Shelves—Ships in 1-5 Days
Reinterpreting a Native American Identity discusses the ongoing and morphing politics behind the federal government's denial of full Lumbee tribal recognition. At the core of the Lumbee struggle for federal recognition are issues of cultural authenticity, racism, misrecognition, and assimilation grounded in a longer history of colonialism. Beyond merely describing why denial has continually occurred, this book takes an American Indian Studies approach through the use of the Peoplehood Model developed by Tom Holm et al as a way of arguing for a better and more consistent recognition process grounded in Indigenous methodology and worldview. The Peoplehood Model is juxtaposed with the Western Colonial Model, the process that describes efforts to assimilate another culture. This book centers on the four aspects of Peoplehood-language, sacred history, territory/place, and ceremonial cycle-and shows how these interrelated concepts inform the Lumbee identity and worldview vis- -vis the federal government's longstanding refusal to fully recognize the tribe. The government's arguments, derived from the Western Colonial Model, are countered and challenged by Lumbee-centered knowledge and history regarding identity within a syncretistic system of survival as an Indigenous group. This study illustrates that the tribe's indigenous language has not been fully lost to assimilation, as the federal government argues, but that Lumbee English is marked by linguistic adaptation, which retains a Native American worldview in use and meaning. It further demonstrates that the Lumbee have maintained a sacred history and revere their homeland as the "promised land," contrary to the position periodically espoused by the federal government. Lastly, this book argues that the system used to restrict Native American religion harkens back to Roman Law, adopted through the writings of Thomas Aquinas, later synthesized by Dominican theologian Franciscus de Victoria and eventually elevated to papal hierocratic ideology adopted by many colonizing countries. While Lumbee religion is Christian-centric, it is also intertwined with Indigenous spiritual and healing practices which are not subsumed by Christianity but are placed as equally valid within a spiritual system.