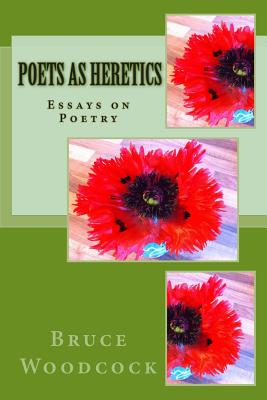 
Not On Our Shelves—Ships in 1-5 Days
(This book cannot be returned.)
A volume of essays on the theme of the political imagination, covering a range of poets and poetry including: Sean O'Brien, Tony Harrison, Thom Gunn, Paul Durcan, Derek Walcott, Caribbean women poets (including Louise Bennett, Jackie Kay, Jean Binta Breeze, Grace Nichols, Elean Thomas, Valerie Bloom, Merle, Collins, Lorna Goodison, Olive Senior, Christine Craig, Maud Sulter, Amryl Johnson), Metaphysical poetry and masculinity in John Donne.
Bruce Woodcock worked as a Lecturer and then Senior Lecturer in the English Department at the University of Hull between 1973 and 2013 when he retired. He graduated from Leicester University with First Class Honours in English (1969), and his Ph.D., 'Poetic Fiction: A Study in Representation' (Leicester, 1974), was a comparison of the experimental fictional strategies of D. H. Lawrence and Virginia Woolf. Before arriving in Hull he taught for a year at Lancaster University. He has published three critical books: Male Mythologies: John Fowles and Masculinity (Harvester 1984 - to be republished by Avenues Books, Hull via Create Space/Amazon in 2015), Combative Styles: Romantic Writing and Ideology (University of Hull Press, 1994; with John Coates - to be republished by Avenues Books, Hull via Create Space/Amazon in 2015) and Peter Carey (Manchester University Press, 1996; 2nd edition 2003). He has edited The Selected Poems of William Blake (Wordsworth Poetry Library, 2000) and The Selected Poetry and Prose of Shelley (Wordsworth Poetry Library, 2002). He has also published two collections of poetry: Hunting Mushrooms: Poems 1978-87, Saying Goodbye in Thailand: Poems 1988-97 (both Avenues Books, Hull, 2013; available via Amazon). He has been in a number of Hull bands including The Hitmen, Red Stripe, Desmond and the Decorators, Hermann and the Wailers, Brave Soul, and The Lounge Lizards. He currently plays keyboard in the jazz combo Spooky. He is working on a new collection of poems as well as collecting together his essays in two volumes, Unsettling Illusions: Essays on Literature and Film and The Poet as Heretic: Essays on Poetry and Poets (both Avenues Books, Hull, 2014/5; available via Amazon). He also writes the website 'Bruce Woodcock Boxer', dedicated to his father, the British heavyweight boxing champion. He lives in the Avenues, the Greenwich Village of Hull, with his wife Les Garry, who is a psychotherapist and counsellor.