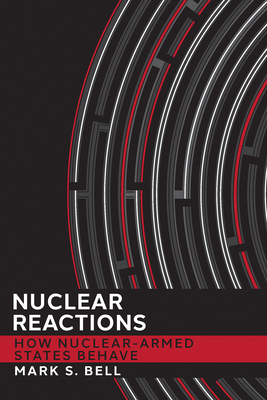 Mark S. Bell argues that nuclear weapons are useful for more than deterrence. They are leveraged to pursue a wide range of goals in international politics, and the nations that acquire them significantly change their foreign policies as a result. Closely examining how these effects vary and what those variations have meant in the United States, the United Kingdom, and South Africa, Bell shows that countries are not generically "emboldened"-they change their foreign policies in different ways based on their priorities. This has huge policy implications: What would Iran do if it were to acquire nuclear weapons? Would Japanese policy toward the United States change if Japan were to obtain nuclear weapons? And what does the looming threat of nuclear weapons mean for the future of foreign policy? Far from being a relic of the Cold War, Bell argues, nuclear weapons are as important in international politics today as they ever were.

Thanks to generous funding from the University of Minnesota and its participation in TOME, the ebook editions of this book are available as Open Access volumes, available from Cornell Open (cornellopen.org) and other repositories.

Mark Bell is Assistant Professor of Political Science at the University of Minnesota. Follow him on Twitter @mark_s_bell.