Staging Democracy: Political Performance in Ukraine, Russia, and Beyond (Paperback) 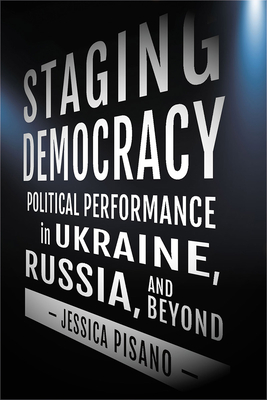 Staging Democracy: Political Performance in Ukraine, Russia, and Beyond (Paperback)

Pisano looks at elections whose outcome was known in advance, protests for hire, and smaller mises en sc ne to explain why people participate, what differs from spectacle in totalitarian societies, how political theater exists in both authoritarian and democratic systems, and how such performances reshape understandings of the role of politics.

Staging Democracy moves beyond Russia and Ukraine to offer a novel economic argument for why some people support Putin and similar politicians. Pisano suggests we can analyze politics in both democracies and authoritarian regimes using the same analytical lens of political theater.

Jessica Pisano is Associate Professor in the Department of Politics at the New School for Social Research. She is the author of The Post-Soviet Potemkin Village.