The End of Victory: Prevailing in the Thermonuclear Age (Hardcover) 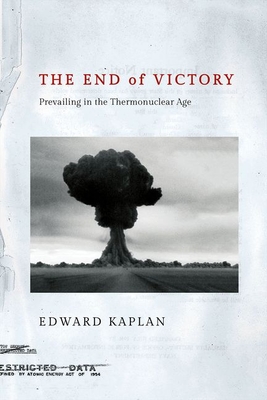 The End of Victory: Prevailing in the Thermonuclear Age (Hardcover)

The End of Victory recounts the costs of failure in nuclear war through the work of the most secret deliberative body of the National Security Council, the Net Evaluation Subcommittee (NESC). From 1953 onward, US leaders wanted to know as precisely as possible what would happen if they failed in a nuclear war--how many Americans would die and how much of the country would remain. The NESC told Presidents Dwight Eisenhower and John F. Kennedy what would be the result of the worst failure of American strategy--a maximum-effort surprise Soviet nuclear assault on the United States.

Edward Kaplan details how NESC studies provided key information for presidential decisions on the objectives of a war with the USSR and on the size and shape of the US military. The subcommittee delivered its annual reports in a decade marked by crises in Berlin, Quemoy and Matsu, Laos, and Cuba, among others. During these critical moments and day-to-day containment of the USSR, the NESC's reports offered the best estimates of the butcher's bill of conflict and of how to reduce the cost in American lives.

Taken with the intelligence community's assessment of the probability of a surprise attack, the NESC's work framed the risks of US strategy in the chilliest years of the Cold War. The End of Victory reveals how all policy decisions run risks--and ones involving military force run grave ones--though they can rarely be known with precision.

Edward Kaplan is the Dean of the School of Strategic Landpower at the US Army War College in Carlisle, Pennsylvania. He is the author of To Kill Nations.