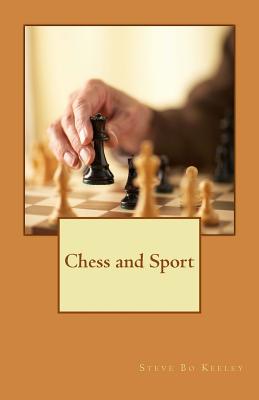 
Not On Our Shelves—Ships in 1-5 Days
(This book cannot be returned.)
Is chess a sport? Chess today is a recognized sport of the International Olympic Committee, and after deep analysis The NY Times (2009) answered 'Maybe, Maybe Not'. After a lifetime in sports, including professional racquets, my answer is that chess is the headquarters of sports. This book describes the myriad applications of chess to sport, and in particular to my forte racquet sports, where I was six-time national paddleball champion, and the #2 ranked racquetball pro for many years. However, my better sports were judo, football and hiking. My credentials in chess are the Junior Chess Champ of the Michigan farm community of Jackson, and the founder of various clubs and winner of many tournaments for which I carved the trophies, as I did a three-dimensional chess set at age ten. This is how chess guided me into sports. I saw everyone on the court or field as pieces on the board. Anyone who wishes to learn how to play chess in sport may well become conversant in positions where the players are, were, and will be. Chess opens the eyes to a sequence of moves in sports, and to identify those action frames, lock on one, and alter the fate of play and championships. All sports are sweaty chess.
Steven bo Keeley is a Doctor of Veterinary Medicine, former national racquet champion, and has traveled to 105 countries on a shoestring. "My life follows the vicissitudes of Buck the Dog in Jack London's Call of the Wild: From comfortable backyards across America; boxcars on every major railroad; 100+ countries under a backpack; hiking the lengths of Florida, Colorado, Vermont, California, Death Valley, and Baja; to retirement in a desert burrow with Sir the Rattlesnake as a doorkeeper...and a solar computer to write books." In 2007, he became the first California substitute teacher-most requested by students and faculty-to be fired in a playground war. He left to ride the rails with an electronic chessboard, and then became an itinerant expatriate writing from selected global Shangri-Las including San Felipe, Baja, unspoiled Lake Toba, Sumatra, and his favorite since 1999, Iquitos, Peru. His Wikipedia reads like Indiana Jones.