How to Live at the End of the World: Theory, Art, and Politics for the Anthropocene (Paperback) 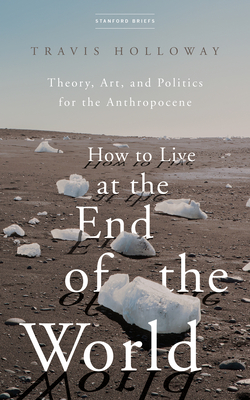 How to Live at the End of the World: Theory, Art, and Politics for the Anthropocene (Paperback)

Assessing the dawn of the Anthropocene era, a poet and philosopher asks: How do we live at the end of the world?

The end of the Holocene era is marked not just by melting glaciers or epic droughts, but by the near universal disappearance of shared social enterprise: the ruling class builds walls and lunar shuttles, while the rest of us contend with the atrophy of institutional integrity and the utter abdication of providing even minimal shelter from looming disaster.

The irony of the Anthropocene era is that, in a neoliberal culture of the self, it is forcing us to consider ourselves as a collective again. For those of us who are not wealthy enough to start a colony on Mars or isolate ourselves from the world, the Anthropocene ends the fantasy of sheer individualism and worldlessness once and for all. It introduces a profound sense of time and events after the so-called "end of history" and an entirely new approach to solidarity.

How to Live at the End of the World is a hopeful exploration of how we might inherit the name "Anthropocene," renarrate it, and revise our way of life or thought in view of it. In his book on time, art, and politics in an era of escalating climate change, Holloway takes up difficult, unanswered questions in recent work by Donna Haraway, Kathryn Yusoff, Bruno Latour, Dipesh Chakrabarty, and Isabelle Stengers, sketching a path toward a radical form of democracy--a zoocracy, or, a rule of all of the living.

Travis Holloway grew up queer and workingclass in a rural factory town affected by free trade and globalization. He is Assistant Professor of Philosophy at SUNY Farmingdale and a poet and former Goldwater Fellow in Creative Writing at NYU.