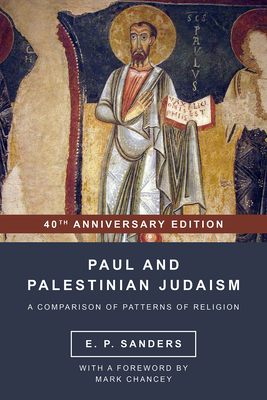 This landmark work, which has shaped a generation of scholarship, compares the apostle Paul with contemporary Judaism, both understood on their own terms. E. P. Sanders proposes a methodology for comparing similar but distinct religious patterns, demolishes a flawed view of rabbinic Judaism still prevalent in much New Testament scholarship, and argues for a distinct understanding of the apostle and of the consequences of his conversion. A new foreword by Mark A. Chancey outlines Sanders's achievement, reviews the principal criticisms raised against it, and describes the legacy he leaves future interpreters.