The New Economics: A Manifesto (Paperback) 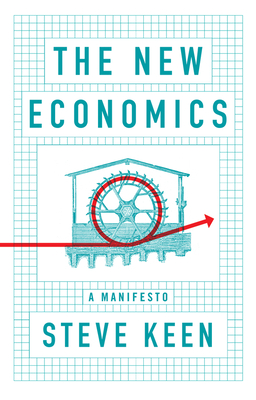 The New Economics: A Manifesto (Paperback)

In 1517, Martin Luther nailed his 95 theses to the wall of Wittenberg church. He argued that the Church's internally consistent but absurd doctrines had pickled into a dogmatic structure of untruth. It was time for a Reformation.

Half a millennium later, Steve Keen argues that economics needs its own Reformation. In Debunking Economics, he eviscerated an intellectual church - neoclassical economics - that systematically ignores its own empirical untruths and logical fallacies, and yet is still mysteriously worshipped by its scholarly high priests. In this book, he presents his Reformation: a New Economics, which tackles serious issues that today's economic priesthood ignores, such as money, energy and ecological sustainability. It gives us hope that we can save our economies from collapse and the planet from ecological catastrophe.

Performing this task with his usual panache and wit, Steve Keen's new book is unmissable to anyone who has noticed that the economics Emperor is naked and would like him to put on some clothes.

Professor Steve Keen is a prominent critic of mainstream economics, author of Debunking Economics and Can We Avoid Another Financial Crisis?, and a Distinguished Research Fellow at University College London.