Fake Politics: How Corporate and Government Groups Create and Maintain a Monopoly on Truth (Hardcover) 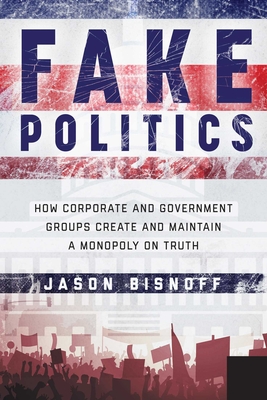 Fake Politics: How Corporate and Government Groups Create and Maintain a Monopoly on Truth (Hardcover)

In today’s chaotic world, where the multiplication of information sources creates competing narratives, credibility is the key to winning the war of ideas. This is the reason why governments and corporations resort to astroturfing—creation of ostensibly grassroots movements set up to advance political agendas and commercial campaigns. The democratization of information and polarization of politics offer a perfect storm.

Fake Politics tells the stories of how this practice has transformed political activism into a veiled lobbying effort by the rich and the powerful. Through a series of vignettes involving the tea party, oil industry, big tobacco, big data, and news media, this book will explore the similarities and differences between various campaigns that appeared as grassroots but, in reality, were lobbying efforts fueled by governments, corporations, major industries, and religious institutions.

The process, named for the artificial grass fields at football stadiums and high schools across the country, became so prevalent in the last two decades that it now sits at a tipping point. In the era of “fake news” and “alternative facts,” with the truth well on its way to becoming indistinguishable from fabrication, what can the past of astroturfing tell us about the future of grassroots activism?
Jason Bisnoff is a journalist whose work has appeared in the New York Daily News, Albany Times-Union, Poynter, Maxim magazine, Fort Greene Focus, and DNAinfo among others. He reported in Paris in the wake of the Charlie Hebdo attacks, and covered the automotive industry at the height of the Volkswagen scandal and the financial compliance space as the executive branch vows to dismantle regulation. He lives in New York.