When Bears Attack: Close Encounters of the Terrifying Kind (Paperback) 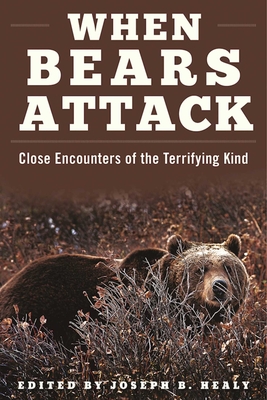 When Bears Attack: Close Encounters of the Terrifying Kind (Paperback)

By Joseph B. Healy (Editor)


Special Order—Subject to Availability
A great collection of bear attack true stories for hikers, hunters, and all who venture into the outdoors.

Bears are one of nature’s apex predators, gentle and fuzzy to watch from a distance, fierce and unpredictable when aroused—and then it’s too late for humans to escape a dangerous, fearsome, or fatal encounter. In this collection, we gather the most thrilling and frightening bear-attack stories of the past few decades. Grizzlies, brown bears, black bears—and their unfortunate encounters with humans. This is what happens—When Bears Attack.

Joseph B. Healy takes a closer look at some of the notable bear attacks of recent history in order to determine their causes, evaluate what happened, and appreciate the raw power—and danger—of mother nature. He tells tales of hikers enjoying weekend camping trips as well as workers going about their daily routines. Follow along as the victims’ lives are disrupted by bears, and see how survivors were forced to think and act in the moment to stay alive.

As modern life continues to encroach on the wilderness, encounters between bears and humans will only increase. Learn about the outcome of these feral clashes in When Bears Attack.
Joseph B. Healy has spent more than two decades in publishing, editing outdoors magazines for much of that time. His editorial career began at Outdoor Life and continued in fly-fishing and lifestyle publishing. He currently is editor of Covey Rise, a magazine covering the lifestyle of international wing shooting. Healy is the author of Training a Young Pointer, and he has edited Jesus on Forgiveness and John Stuart Mill on Liberty. He lives with his wife, son, and bird dog in Vermont.