Bugs Up Close: A Magnified Look at the Incredible World of Insects (Paperback) 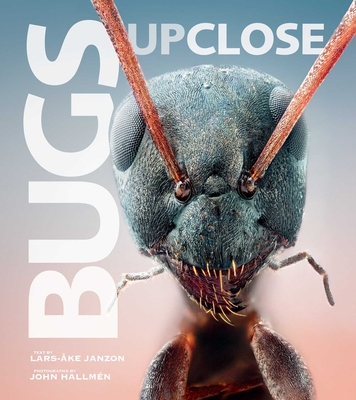 Bugs Up Close: A Magnified Look at the Incredible World of Insects (Paperback)

Bugs are usually so small that we hardly notice them, let alone think of them as living beings. But call upon the magnifying glass, and a shapeless jumble of legs, wings, and antennae suddenly starts staring back at us.

About 80 percent of the Earth’s animals are insects. While there are millions of different species, we rarely see many of them . . . until now. Thanks to the photography of John Hallmén, who took a camera and magnified these magnificent creatures one hundred times, we can see what we’ve never been able to see before.

Bugs Up Close takes readers on a journey into a world rarely seen, with incredible photographs of such insects as:

The diversity of this insect civilization is striking and unknown to most. An insect we may never have thought twice about now looks like a creature from outer space. Fascinating and somewhat monstrous details such as compound eyes, antennae, and sharp mouth parts are visible, and with text by Lars-Åke Janzon, Bugs Up Close is an amazing close look into the strange and beautiful world of insects.
Lars-Åke Janzon, PhD, is an on-call biologist and first curator of the Museum of Natural History in Sweden. He has appeared in numerous scholarly and popular publications, and in Bugs Up Close, he discusses the behavior, biology, circumstances, and challenges of insect life.

John Hallmén is a dedicated and innovative insect photographer, and with the help of new digital camera technology, he has been able to showcase a bug’s world that we have never seen before. He has published in the Swedish Natural History Museum and was named the Nature Photographer of 2012.