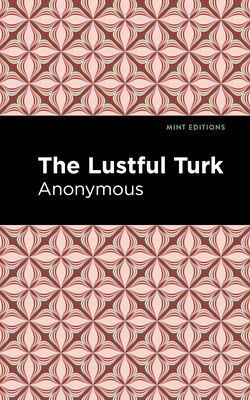 By Anonymous, Mint Editions (Contribution by)

The Lustful Turk (1828) is an anonymously written pornographic novel. Published by infamous London pornographers John Benjamin Brookes and William Dugdale, The Lustful Turk was adapted into a 1968 film by David Friedman. Notable for its blend of popular literary styles, including the epistolary narrative, the novel of sensibility, and Gothic romance, The Lustful Turk influenced countless authors of erotica from the Victorian era onward. In a series of letters to her friend Sylvia, Emily Barlow recounts her fateful voyage to India. Captured by pirates on the high seas, Emily is taken to the harem of Ali, a regent of Algiers. Held against her will, she is tortured and subjected to sexual acts previously unknown to her. When one of her letters is discovered by Ali, he organizes Sylvia's abduction and reunites the friends in his harem. As the story unfolds, graphic sex gives way to a plot to violently overthrow Ali and free his many captives. The Lustful Turk is a controversial story that meets time-honored taboos head on, depicting graphic scenes of lust, castration, and rape. Condemned upon publication for obscenity, the novel is recognized today as an important work of Victorian erotica and as a harmful example of orientalist tropes. With a beautifully designed cover and professionally typeset manuscript, this edition of The Lustful Turk is a classic of pornographic literature reimagined for modern readers.