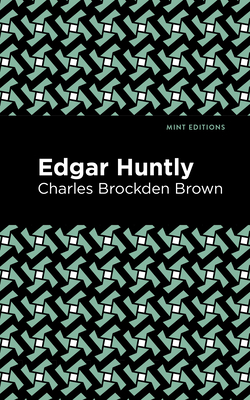 Edgar Huntly, or, Memoirs of a Sleepwalker (1799) is a novel by American author Charles Brockden Brown. Combining the suspenseful style of Gothic fiction with such thematic interests as consciousness, morality, and truth, Brown's novel shows the profound influence of European literature on his aesthetic while grounding the narrative in a distinctly American setting.

Following the murder of his friend Waldegrave, the young Edgar Huntly devotes himself to uncovering the mystery of his death. While walking at night near the scene of the crime, Huntly sees a servant from a nearby farm named Clithero digging in the ground beneath a willow. Initially horrified at the man's strange behavior and disheveled appearance, Huntly soon becomes suspicious and decides to question Clithero. After realizing that the man is a sleepwalker, he confronts Clithero, who denies murdering Waldegrave but admits his guilt in murdering a man in his native Ireland. Disappointed but eager as ever to find his friend's killer, Edgar continues his search. When he wakes up in a dark cave, completely disoriented and on the brink of starvation, Edgar must fend off the merciless local wildlife and escape captivity by the Lenni Lenape tribe in order to survive. Charles Brockden Brown's Edgar Huntly, or, Memoirs of a Sleepwalker is a harrowing work of mystery, horror, revenge, and survival which not only serves as a fine example of Gothic fiction, but as a detailed psychological portrait of settler colonial life.

This early masterpiece of American literature, among Brown's other works, would inspire the novels of James Fenimore Cooper, Mary Shelley's Frankenstein, and countless other authors whose works employ elements of mystery, suspense, and horror. Brown's novel is perfect for readers looking for a terrifying tale with philosophical and psychological depth, as well as for those interested in the early days of American fiction.

With a beautifully designed cover and professionally typeset manuscript, this edition of Charles Brockden Brown's Edgar Huntly, or, Memoirs of a Sleepwalker is a classic of American literature reimagined for modern readers.