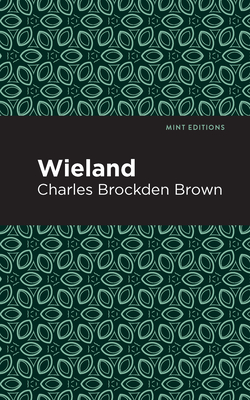 Wieland (1798) is a novel by American author Charles Brockden Brown. Considered the first American Gothic novel, this a story of psychological horror and occult mystery based on the real-life James Yates Murders.

The novel follows the Wieland family, whose father immigrated to the American colonies prior to the Revolutionary War in order to found a fanatical religious sect. Following his mysterious death, his children attempt to build normal, prosperous lives--Theodore marries his sister's childhood friend Catharine Pleyel, and together they have four children, while Clara begins to imagine a life with Henry, Catharine's brother. After several years, however, they begin to hear voices compelling them to do bizarre and terrible things. Amidst this inexplicable terror, a man named Carwin--who has the gift of multiple voices--appears, changing their lives forever. Wieland by Charles Brockden Brown is a masterpiece of horror and Gothic fiction with emotional depth and psychological intensity, and remains a landmark work of American literature.

With a beautifully designed cover and professionally typeset manuscript, this edition of Charles Brockden Brown's Wieland is a classic of American literature reimagined for modern readers.