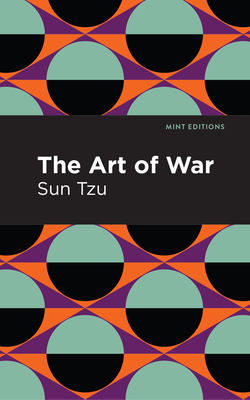 The Art of War is the collection of leadership and military strategies composed by the esteemed Chinese general, Sun Tzu. Divided into 13 distinct chapters, each category gives clarity and voice to varying subjects pertaining to the intricacies of war and wartime strategy.

Having inspired generations of readers, The Art of War continues to be perceived as a kind of spiritual lighthouse for all those seeking sage leadership advice. Though Sun Tzu's expertise was considered to be professing wartime strategy, the principals enumerated within the text extend far beyond the logistics of a battlefield. Having lived during the Warring States Period, Sun Tzu understood conflict and political strife.

Sun Tzu, using the culmination of decades worth of knowledge inspired generations of leaders with his words. His insight was not wasted on the bloodshed of lives lost in battle, yet it was composed into beautifully succinct proverbs and adages that make up the whole of The Art of War. Perhaps his most well-known axiom is, "Know the enemy and know yourself, and you can fight a hundred battles with no danger of defeat."

With proverbs as popular as the one above, the entirety of his work is composed of this level of insight. As pertinent as it was when it was written over 2,000 year ago, The Art of War is a true work of philosophical mastery. With eye-catching new covers and a professionally typeset manuscript, this edition of The Art of War is both modern and readable.