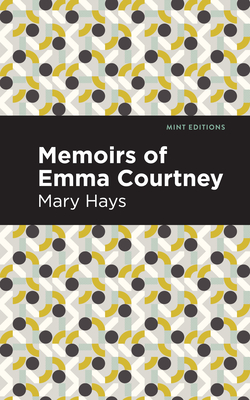 Memoirs of Emma Courtney (1796) is a novel by English writer and feminist Mary Hays. Inspired by events from her own life, as well as by her acquaintance with radical political philosophers William Godwin and Mary Wollstonecraft, Hays's novel received mixed reviews and was controversial for its representation of female sexuality, adultery, infanticide, and suicide. Modern critics and readers, however, have recognized the novel as a groundbreaking work of feminist fiction. In a series of letters to her adopted son Augustus Harley, Emma Courtney reveals the tragic details of her life. Young and in love with Augustus's father, Courtney dreamed of marrying him and starting a family. Despite their true connection, Harley is unable to marry--his continued income is only guaranteed, he claims, if he remains a bachelor. Meanwhile, a man named Mr. Montague promises Courtney a life of safety and financial stability if she will agree to marry him, which, after learning that Harley has secretly been married all along, she does. Heartbroken, Courtney settles for a life with her new husband, and raising her daughter becomes her only cause for passion. When she realizes the extent of Mr. Montague's dishonesty, however, she struggles to reconcile her former sense of individuality with the life she has been forced to live. When Harley suddenly reappears, however, feelings from the past return that threaten to flood Courtney's heart and overturn what stability she thought had been her own. Memoirs of Emma Courtney is an epistolary novel exploring themes of desire, inequality, and the love that transcends the values and bonds of society. With a beautifully designed cover and professionally typeset manuscript, this edition of Mary Hays's Memoirs of Emma Courtney is a classic of English literature reimagined for modern readers.