The Legend OF Mathon Monfire: : The Begining (Paperback) 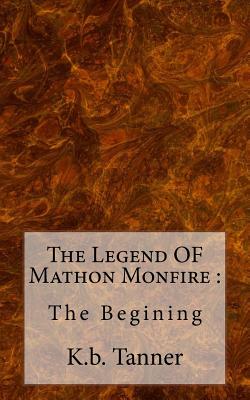 The Legend OF Mathon Monfire: : The Begining (Paperback)


Not On Our Shelves—Ships in 1-5 Days
(This book cannot be returned.)
It's 2055, A Wealthy Businessman Jack Radon attempts to offer the US Fed help in saving it's quickly failing economy, and in exchange asks that he be named lifetime President. His offer is declines, he takes deadly retribution using a surprise missile attack with missiles loaded with secret chemicals designed to destroy the entire human race. His attempt fails, whats left is a world of mutant Indians and humans now called norms. A civil War between the norms and mutants results in an uneasy treaty in 2075.
K.b. Tanner, born and raised in Lansing, Mich, currently residing in the area of Leon county, Tallahassee, Fl. attended Richards HS, graduating in 1981.