The Art of Play: The New Genre of Interactive Theatre (Paperback) 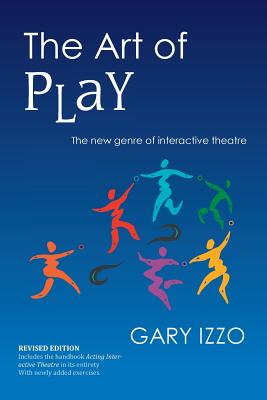 The Art of Play: The New Genre of Interactive Theatre (Paperback)


Not On Our Shelves—Ships in 1-5 Days
(This book cannot be returned.)
NEW REVISED SECOND EDITION - With the recent surge of interactive performance venues, the demand for a definitive "how-to" guide to interactive improvisation has never been greater, The Art of Play fills the void with a warm, insightful, and often amusing collection of examples and anecdotes that illustrate the interactive process. Gary Izzo outlines a model interactive production that covers all aspects of interactive theatre, from concept through design and production. He also explains useful techniques in show development, character development, and ensemble improvisation. This revised second edition includes the director's handbook Acting Interactive Theatre in its entirety, and offers insider advice on how to workshop, rehearse and maintain an interactive production, and contains 165 fully annotated workshop exercises. Students of drama and the performing arts, teachers, and theatre and media professionals will find the practicality of The Art of Play invaluable. The study of play and the benefits of its techniques in freeing the imagination will appeal to anyone looking for good techniques for creativity, communication, and positive interaction. Gary Izzo was one of the first directors to experiment in the interactive theatre genre and has trained hundreds of actors in interactive and participatory theatre. He works as a freelance director, writer, producer, and teacher.
Gary Izzo is a stage director, producer, writer, performer, and creative consultant, and was one of the first directors to experiment in the interactive genre. As a teacher, he has trained hundreds of actors in improv, interactive and participatory theatre. As a director and producer he began his work in Renaissance festivals in the late 1970's, and founded Creative Entertainment, Inc., a company dedicated to the exploration and production of audience-inclusive and environmental theatre styles. Under Interactive Artists, Gary has worked as a show director/writer and entertainment consultant for the Walt Disney World Co., and was an early influence in Disney's use of live actors in interactive shows. He has designed and developed numerous interactive attractions across the globe for major entertainment companies such as Paramount Parks, Sea World, and Bush Entertainment.