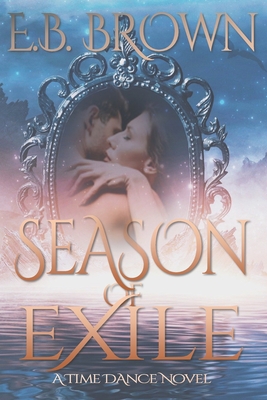 
Not On Our Shelves—Ships in 1-5 Days
(This book cannot be returned.)
All of her life Emmy Cameron was taught to guard her secrets well. She arrived in the seventeenth century with the knowledge that she was meant to play a role in the events of the past, and she is determined to fulfill her duty no matter what the consequence. Yet now she is traveling to Middle Plantation with a man who is certain she is his destiny, and she has placed her heart - and her life - in Daniel's hands. Daniel has been burdened with the knowledge of future events since he was a boy. While others count the passing of time by years lived, Daniel counts it by the number of days left. He knows that Emmy will bear him two sons, but he also knows he will not live to see his second son born. Although he vows to help Emmy and find out exactly what role she will play in the timeline of the past, he realizes that he is no longer willing to accept his fate - and that he will defy the laws of God and man to spend his life with Emmy and see their sons grow old. Emmy and Daniel's story continues in the midst of a bloody time in history, through the English settlement and occupation of Colonial America, to the aftermath of living in the shadows of the decimated Powhatan Empire. As they fight to honor their vows, Emmy refuses to face a future without Daniel, and Daniel is just as determined to write his own version of history - no matter what the cost. Praise for the Time Walkers series:
The Legend of the Bloodstone - 2013 Amazon Breakthrough Novel Award, Quarterfinalist
A Tale of Oak and Mistletoe - 2013 RWA/NYC We Need a Hero Contest, Finalist
"Time travel and romance converge in this tale of star-crossed love" - Publishers Weekly on The Legend of the Bloodstone
"This was beautiful Time Travel at its best "- Romance Novels in Color
"Absolutely consuming" - Amazon reviewer
"I love this series. I didn't want it to end " - Amazon Reviewer
"I can easily see where this story could be a fantastic movie." - Amazon Reviewer
"My complaint with this book is I couldn't stop reading this one and the next one in the series which resulted in late nights and tired mornings " - Amazon Reviewer
"An epic historical saga in brilliant cinematic technicolor" - Amazon reviewer