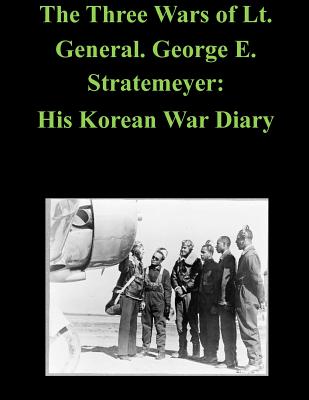 
Not On Our Shelves—Ships in 1-5 Days
(This book cannot be returned.)
When the North Korean People's Army surged south across the 38th Parallel on June 25, 1950, Lt. Gen. George E. Stratemeyer had been commander of the U.S. Far East Air Forces (FEAF) since April 1949. However, on that fateful June day, he was in Washington for meetings at the Pentagon. Upon hearing of the attack, he immediately returned to Japan to resume control of FEAF. There he became involved in a war quite different from the one he fought five years earlier in the China-Burma-India (CBI) theater of operations. In Korea, George Stratemeyer found himself not only in a war against enemy forces, but warring with the other U.S. armed services and with the press. Stratemeyer was born in Cincinnati, Ohio, on November 24, 1890, but spent most of his childhood in Peru, Indiana, where he graduated from high school. On March 1, 1910, he was admitted into the United States Military Academy as a member of the Class of 1914. A genial and handsome cadet, one of his claims to fame at West Point was his ability to imitate a steam calliope. However, he was not a particularly good student and, because of problems with the subject of philosophy, was turned back to the Third Class (Sophomore) on April 7, 1913. He was granted a leave of absence, presumably to bone up on philosophy, "without pay or allowances," until August 28, 1913. Stratemeyer then became a member of the Class of 1915, the "class the stars fell on," that produced Generals Dwight D. Eisenhower, Omar N. Bradley, and over 15 other generals. Still not the greatest student, Stratemeyer graduated 147 out of a class of 164. His best class ranking that final year was 80th in Drill Regulations-Hippology (the study of the horse) and his worst was last in Practical Military Engineering. Following graduation, Stratemeyer was assigned to the 7th Infantry Regiment, and served with that organization in Texas and Arizona from September 11, 1915, to July 15, 1916. He then was with the 34th Infantry for just over a month before being detached in September for flight training at Rockwell Field in San Diego, California. The month before, Stratemeyer married Annalee Rix, a marriage that lasted until his death 53 years later. Flying training took six months and on May 3, 1917, he became rated as a Junior Military Aviator. Previously, in March, he received Federation Aeronautique Internationale (F.A.I.-the international organization that authenticated aerial flights) airplane pilot certificate No. 683. Stratemeyer later held ratings of Airplane Pilot (1920), Airplane Observer (1930), Military Airplane Pilot (1937), Combat Observer (1939), Command Pilot (1939), Aircraft Observer (1941), and Technical Observer (1943).