A Presbyterian Requiem: A Canadian Pastor Reflects on 50 Years of Ministry (Paperback) 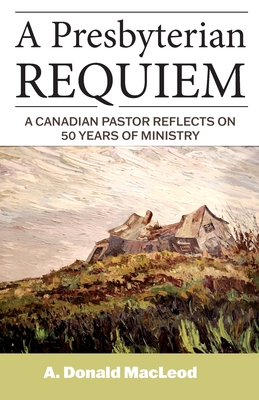 A Presbyterian Requiem: A Canadian Pastor Reflects on 50 Years of Ministry (Paperback)

By A. Donald MacLeod


Not On Our Shelves—Ships in 1-5 Days
(This book cannot be returned.)
This memoir recounts six appointments over a half century of Christian ministry.The author, Don MacLeod, has seen the Presbyterian Church in Canada go through some major challenges, as Canadian society is changing. He was accepted as a candidate for ministry in 1955, as the Church responded to a Post-World War II surge in religious interest. As a minister ordained in 1963, in Nova Scotia, he developed a warm affection for the Church in rural Canada. In 1967, moving to suburban Toronto, he founded a church committed to gospel ministry. He went on to work ecumenically with the Evangelical Fellowship of Canada, and then as national director of Inter-Varsity Christian Fellowship. Returning to parish ministry, he served two urban historic congregations: Knox, in downtown Toronto, ON, as associate pastor, and Newton Presbyterian Church in Boston, MA, where he served the Maritime diaspora. He returned to Canada in 1997, to a denomination in decline, and retired eight years later. In this book he reflects from his experiences in ministry with faith and conviction, as his Church faces an uncertain future.