Supreme Emergency: How Britain Lives with the Bomb (Hardcover) 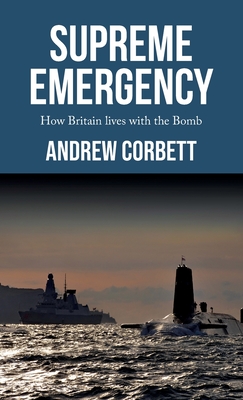 Supreme Emergency: How Britain Lives with the Bomb (Hardcover)


Not On Our Shelves—Ships in 1-5 Days
In Supreme emergency, an ex-Trident submarine captain considers the evolution of UK nuclear deterrence policy and the implications of a previously unacknowledged aversion to military strategies that threaten civilian casualties. Drawing on extensive archival research, the book provides a unique synthesis of the factors affecting British nuclear policy decision-making and draws parallels between government debates about reprisals for First World War zeppelin raids on London, the strategic bombing raids of the Second World War and the evolution of the UK nuclear deterrent. It concludes that among all the technical factors, an aversion to being seen to condone civilian casualties has inhibited government engagement with the public on deterrence strategy since 1915.
Andrew Corbett is a Teaching Fellow with the Defence Studies Department of King's College London