The politics of freedom of information: How and why governments pass laws that threaten their power (Paperback) 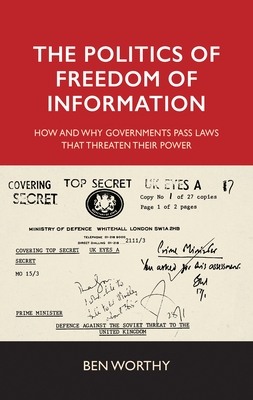 The politics of freedom of information: How and why governments pass laws that threaten their power (Paperback)


Not On Our Shelves—Ships in 1-5 Days
Why do governments pass freedom of information laws? The symbolic power and force surrounding FOI makes it appealing as an electoral promise but hard to disengage from once in power. However, behind closed doors compromises and manoeuvres ensure that bold policies are seriously weakened before they reach the statute book. The politics of freedom of information examines how Tony Blair's government proposed a radical FOI law only to back down in fear of what it would do. But FOI survived, in part due to the government's reluctance to be seen to reject a law that spoke of 'freedom', 'information' and 'rights'. After comparing the British experience with the difficult development of FOI in Australia, India and the United States - and the rather different cases of Ireland and New Zealand - the book concludes by looking at how the disruptive, dynamic and democratic effects of FOI laws continue to cause controversy once in operation.
Ben Worthy is Lecturer in Politics at Birkbeck College, University of London