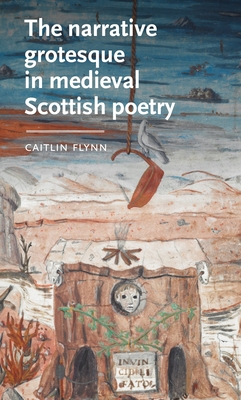 
Not On Our Shelves—Ships in 1-5 Days
The Narrative Grotesque examines late medieval narratology in two Older Scots poems: Gavin Douglas's The Palyce of Honour (c.1501) and William Dunbar's The Tretis of the Tua Mariit Wemen and the Wedo (c.1507). The narrative grotesque is exemplified in these poems, which fracture narratological boundaries by fusing disparate poetic forms and creating hybrid subjectivities. Consequently, these poems interrogate conventional boundaries in poetic making. The narrative grotesque is applied as a framework to elucidate these chimeric texts and to understand newly late medieval engagement with poetics and narratology.
Caitlin Flynn is Associate Lecturer in Medieval Literature at the University of St Andrews