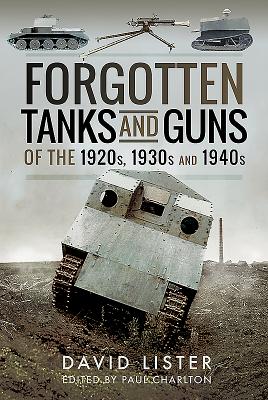 
Special Order—Subject to Availability
History forgets. Files are lost and mislaid. But this book seeks to shine a light, offering a collection of cutting edge pieces of historical research detailing some of the most fascinating arms and armament projects from the 1920s to the end of the 1940's, nearly all of which had previously been lost to history.Included here are records from the UK's MI10 (the forerunner of GCHQ) which tell the story of the mighty Japanese heavy tanks and their service during the Second World War. Other chapters expand on the development of British armor, including the story of infantry tanks from the 1920's right through to the end of the Second World War and beyond.Other items placed beneath the microscope in this fascinating history include a wide variety of guns, rocket launchers, super heavy tanks and countless pieces of specialized armor. Previously overlooked, hidden under layers of dust in archives up and down the country, the histories of these objects has finally been uncovered.