The Americans on D-Day and in Normandy: Rare Photographs from Wartime Archives (Images of War) (Paperback) 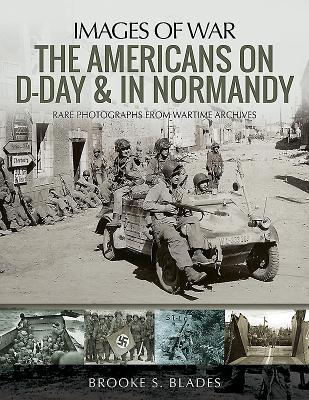 The Americans on D-Day and in Normandy: Rare Photographs from Wartime Archives (Images of War) (Paperback)


Not On Our Shelves—Ships in 1-5 Days
The experiences and achievements of the United States land, sea and air forces on 6 June 1944 and the weeks following have been deservedly well chronicled. Omaha Beach saw the fiercest fighting of the whole OVERLORD invasion and the opposition faced in the US sector shocked commanders and men at all levels. The outcome was in the balance and, thanks to the courage and determination shown by the attackers, game-changing failure was narrowly averted. This superb Images of War book examines, using contemporary and modern images and maps, the course of the campaign and its implication for both the American troops and the civilian population of the battlezone. These revealing images, both color and black and white, are enhanced by full captions and the author's thoroughly researched text. The result is a graphic reminder of the liberation of Northern France and the extraordinary sacrifice made by men not just of the United States military but the other Allied nations.
Brooke S. Blades is an archaeologist and historian whose research has included examinations of sites form World War II in France, Belgium, Holland and Luxembourg. An interest in Normandy first emerged during a visit in 1986 and has expanded greatly beyond an initial focus on documenting the landscape of Omaha Beach. He lives in Pennsylvania with his wife, daughter Emma, and three cats.