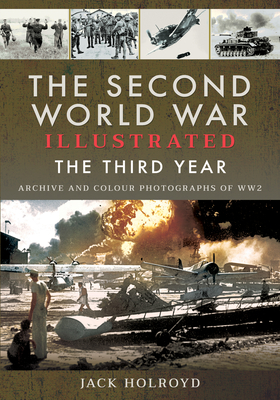 In North Africa, the British were sent reeling back towards Egypt when Rommel launched an attack at the end of January. Much to the amazement of all and the disappointment of Churchill - the Axis troops took Tobruk in a single day. Churchill dismissed the commander and appointed Montgomery, who made a stand at El Alamein.

Great Britain's stand-alone position ended abruptly on when Tojo launched a surprise attack on Pearl Harbor. Both Hitler and Mussolini declared war on the United States and the war became global. With the attack on Pearl Harbor the Japanese flooded through the South Pacific, the Philippines, Dutch East Indies, Malaya, Burma all fell to the Japanese. Once more Great Britain was humiliated when Singapore surrendered and thousands of Allied troops went into captivity.

An attempt by the Japanese to deliver a knock-out blow to the Americans by an attack on Midway failed catastrophically and the Americans scored a momentous victory in the Pacific.

The third year of the war ended with the disastrous Dieppe Raid, carried out by Canadians, in August 1942.