Living the Life Unexpected: How to Find Hope, Meaning and a Fulfilling Future Without Children (Paperback) 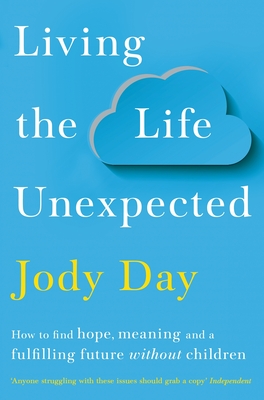 Living the Life Unexpected: How to Find Hope, Meaning and a Fulfilling Future Without Children (Paperback)


Not On Our Shelves—Ships in 1-5 Days
Across the globe, millions of women are reaching their mid-forties without having had a child. Although some are child-free by choice, many others are childless by circumstance and are struggling in a life they didn't foresee. Most people think that women without children either "couldn't" or "didn't want to" be mothers. The truth is much more complex. Jody Day would have liked to have had children, but it didn't work out that way. At the age of 44 she realized that her quest to be a mother was at an end. She presumed that she was through the toughest part, but over the next couple of years she was hit by waves of grief, despair and isolation. Eventually she found her way and created the Gateway Women Network, helping many thousands of women worldwide. Here she addresses the taboo of childlessness and provides a powerful, practical 12-week guide to help women come to terms with their grief, and to move on to live creative, happy, meaningful, and fulfilling lives without children. Previously titled Rocking the Life Unexpected, this inspiring and practical guide to a life without children has been extensively revised and updated, and includes significant additional content including extracts from the stories of 24 women and two men from around the world.
Jody Day is the British founder of Gateway Women, the global friendship and support network for childless women with a reach of almost two million around the world. A thought-leader on female involuntary childlessness, she’s an integrative psychotherapist, a TEDx speaker, a former Fellow in Social Innovation at Cambridge Judge Business School and a former board member at AWOC (Ageing Without Children). A proud World Childless Week Champion she now lives in the Republic of Ireland.

"The book to recommend to patients when they face coming to terms with unavoidable childlessness." —British Medical Journal