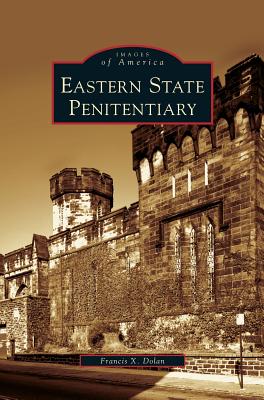 
Not On Our Shelves—Ships in 1-5 Days
(This book cannot be returned.)
The most significant building project of its time, Eastern State Penitentiary was designed to reshape the mind of an inmate, rather than punish the body of one. It was believed that by keeping prisoners isolated in the chapel-like cells the inner light of their souls would emerge, leading them to discover penitence. In reality, the isolation was nearly impossible to maintain, and the lofty goals of the
founders crumbled in the 20th century, much like the building itself. Originally located on the outskirts of Philadelphia, the city eventually expanded and swallowed up the prison. Its unique location became
problematic, and numerous escapes and riots threatened the civilian populace in the area. The prison was home to such well-known figures as Chicago mob boss Al Capone and bank robber Willie Sutton, once the most wanted man in America. Eastern State Penitentiary chronicles the history of this massive prison from its opening in 1829 to its closing and abandonment in 1971, and finally to the rebirth of the prison in the 1990s as a thriving historic site and national historic landmark.