Cosplay: A History: The Builders, Fans, and Makers Who Bring Your Favorite Stories to Life (Paperback) 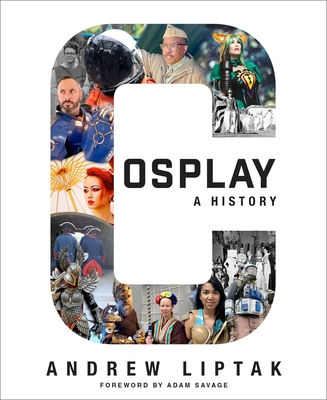 Cosplay: A History: The Builders, Fans, and Makers Who Bring Your Favorite Stories to Life (Paperback)


In Stock—Click for Locations
A history of the colorful and complex kingdom of cosplay and fandom fashion by Andrew Liptak, journalist, historian, and member of the legendary fan-based Star Wars organization the 501st Legion.

In recent years, cosplay—the practice of dressing up in costume as a character—has exploded, becoming a mainstream cultural phenomenon. But what are the circumstances that made its rise possible?

Andrew Liptak—a member of the legendary 501st Legion, an international fan-based organization dedicated to the dark side of Star Wars—delves into the origins and culture of cosplay to answer this question. Cosplay: A History looks at the practice’s ever-growing fandom and conventions, its roots in 15th-century costuming, the relationship between franchises and the cosplayers they inspire, and the technology that brings even the most intricate details in these costumes to life.

Cosplay veterans and newcomers alike will find much to relish in this rich and comprehensive history.
Andrew Liptak is a writer and historian based in Vermont. He graduated from Norwich University with a master’s degree in military history and writes about history, technology, and science fiction in his newsletter Transfer Orbit. His work has appeared in Armchair General Magazine, Clarkesworld Magazine, Gizmodo, io9, Slate, The Verge, and other publications. He coedited the anthology War Stories: New Military Science Fiction, and his short fiction has appeared in Galaxy’s Edge Magazine and Curious Fictions.