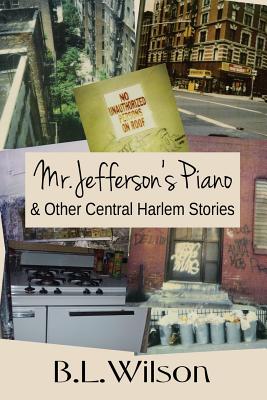 
Not On Our Shelves—Ships in 1-5 Days
(This book cannot be returned.)
Mr. Jefferson's Piano & Other Central Harlem Stories is an anthology that weaves together a rich tapestry of 68 short stories, agency memos, and letters of events that take place during the late seventies, eighties, and nineties as seen through Melba Farris' eyes. Melba writes notes about everything work-related, chronicling her journey into the field of property management as she tries to help her less fortunate brothers and sisters with their housing woes. She meets the oldest woman in Harlem in the title story Mr. Jefferson's Piano. 101-year-old Nora Jefferson and her kid sister, 96-year old Minnie, enchant her with the story of how their father acquired the baby grand that sits in the middle of their living room. Melba becomes an exorcist when a routine call about a broken stove turns into removing an invisible devil from Ms. Johns' oven in The Devil Made Me Do It.In Neisha, Melba writes a series of memos to her boss asking for help to improve the hazardous living conditions of seventeen-year-old Neisha, an independent minor, her two young children and a teenage brother-all of whom Neisha is responsible for since her mother died of AIDS. These three tales represent some of the delightfully funny, sometimes perplexing, but intriguing personalities the author encountered during twenty-five years as a property manager performing her job duties in city-owned buildings.