The Logic of Irregular War: Asymmetry and America's Adversaries (Hardcover) 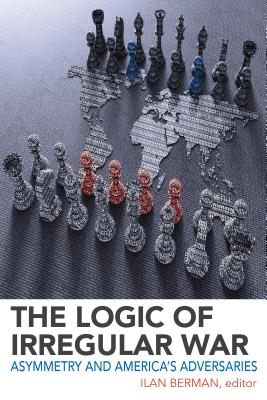 The Logic of Irregular War: Asymmetry and America's Adversaries (Hardcover)


Not On Our Shelves—Ships in 1-5 Days
For the United States, asymmetric warfare has emerged as the "new normal." The large-scale conventional campaigns that typified U.S. military engagements for much of the 20th Century are increasingly things of the past. Instead, the quarter-century since the end of the Cold War and the collapse of the U.S.-Soviet balance of power has seen irregular war truly come of age, with more and more hostile nations pursuing asymmetric means in order to secure the strategic advantage vis- -vis the United States. In this volume, a group of leading national security practitioners and subject matter experts comes together to analyze the asymmetric strategies being pursued today by America's main state-based adversaries--Russia, China, Iran and North Korea--and to explore how U.S. policymakers can respond more effectively to them.
Ilan Berman is Senior Vice President of the American Foreign Policy Council in Washington, DC. An expert on regional security in the Middle East, Central Asia, and the Russian Federation, he has consulted for both the U.S. Central Intelligence Agency and the U.S. Department of Defense, and provided assistance on foreign policy and national security issues to a range of governmental agencies and congressional offices. Mr.Berman is also a member of the Associated Faculty at Missouri State University's Department of Defense and Strategic Studies. He holds a M.A. in International Politics from the American University in Washington, DC, and a Juris Doctorate from the Washington College of Law.