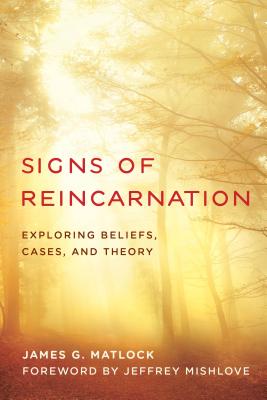 
Not On Our Shelves—Ships in 1-5 Days
Signs of Reincarnation provides the first comprehensive look at the belief in reincarnation and the evidence for past lives from historical records, anthropological studies, and contemporary research. Matlock discusses various ways the evidence may be interpreted and shows that although reincarnation entails a rejection of the materialist notion that consciousness is generated by the brain, it does not require the acceptance of any radically new concepts or the abandonment of well-established findings in mainstream psychology or biology. This book offers students, scholars, and anyone interested in the possibility of reincarnation an essential grounding in beliefs, cases, and theory, while opening doors for future research into the extension of consciousness beyond our present lives.
James G. Matlock, Ph.D., is a research fellow with the Parapsychology Foundation in New York. He has worked at the American Society for Psychical Research in New York and the Rhine Research Center in Durham, North Carolina. Matlock has published widely on reincarnation and related issues and is co-author, with Erlendur Haraldsson, of I Saw a Light and Came Here: Children's Experiences of Reincarnation. He has contributed articles on reincarnation to the online Psi Encyclopedia. Since 2013, he has taught a courses on reincarnation research and theory through the Alvarado Zingrone Institute for Research and Education.He holds a Ph.D. in Anthropology from Southern Illinois University in Carbondale.