The Golden Age of Piracy in China, 1520-1810: A Short History with Documents (Paperback) 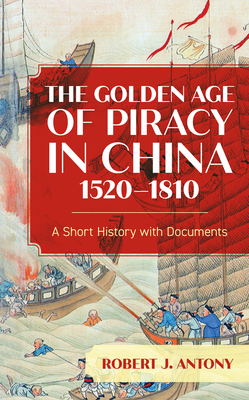 The Golden Age of Piracy in China, 1520-1810: A Short History with Documents (Paperback)


Not On Our Shelves—Ships in 1-5 Days
(This book cannot be returned.)
The Golden Age of Piracy in China, 1520-1810 exposes readers to the little-known history of Chinese piracy in the sixteenth to nineteenth centuries through a short narrative and selection of documentary evidence. In this three-hundred-year period, Chinese piracy was unsurpassed in size and scope anywhere else in the world. The book includes a carefully selected and wide range of Chinese, Portuguese, Dutch, English, and Japanese sources--some translated for the first time--to illustrate the complexity and variety of piratical activities in Asian waters. These documents include archival criminal cases and depositions of pirates and victims, government reports and proclamations, memoirs of coastal residents and pirate captives, and written and oral folklore handed down for generations. The book also illuminates the important role that pirates played in the political, economic, social, and cultural transformations of early modern China and the world. An historical perspective provides an important vantage point to understand piracy as a recurring cyclical phenomenon inseparably connected with the past.
Before his retirement in 2019, Robert J. Antony was distinguished professor and senior researcher at Guangzhou University. He is currently an adjunct professor at Shandong University and an associate in research at Harvard University's Fairbank Center. He is the author of Like Froth Floating on the Sea: The World of Pirates and Seafarers in Late Imperial South China, Pirates in the Age of Sail, and Unruly People: Crime, Community, and State in Late Imperial South China.