The French Revolutionary and Napoleonic Wars: Strategies for a World War (Paperback) 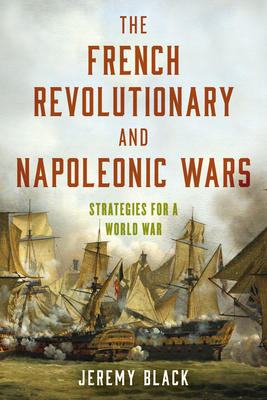 The French Revolutionary and Napoleonic Wars: Strategies for a World War (Paperback)


Not On Our Shelves—Ships in 1-5 Days
(This book cannot be returned.)
The wars between 1792 and 1815 saw the making of the modern world, with Britain and Russia the key powers to emerge triumphant from a long period of bitter conflict. In this innovative book, Jeremy Black focuses on the strategic contexts and strategies involved, explaining their significance both at the time and subsequently. Reinterpreting French Revolutionary and Napoleonic warfare, strategy, and their consequences, he argues that Napoleon's failure owed much to his limitations as a strategist. Black uses this framework as a foundation to assess the nature of warfare, the character of strategy, and the eventual ascendance of Britain and Russia in this period. Rethinking the character of strategy, this is the first history to look holistically at the strategies of all the leading belligerents from a global perspective. It will be an essential read for military professionals, students, and history buffs alike.
Jeremy Black is professor emeritus of history at Exeter University. His recent books include The World at War and War and Its Causes.