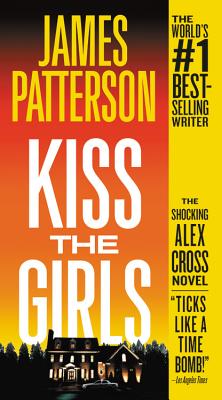 This is book number 2 in the Alex Cross series.

Join Alex Cross on his most terrifying murder case yet in this #1 New York Times bestseller and one of PBS's "100 Great American Reads."

In Los Angeles, a reporter investigating a series of murders is killed. In Chapel Hill, North Carolina, a beautiful medical intern suddenly disappears. In the sequel to Along Came a Spider, Washington D.C.'s Alex Cross is back to solve the most baffling and terrifying murder case ever. Two clever pattern killers are collaborating, cooperating, competing-and they are working coast to coast.
James Patterson holds the Guinness World Record for the most #1 New York Times bestsellers. His books have sold more than 350 million copies worldwide. He is a tireless champion of the power of books and reading, exemplified by his new children's book imprint JIMMY Patterson. Patterson invests proceeds from the sales of JIMMY Patterson Books in pro-reading initiatives.

"One of the best protagonists of the modern thriller genre."
—San Francisco Examiner

"One of the best-written heroes in American fiction."
—Lisa Scottoline

"A legend. He has thrilled us and kept us on the edge of our seats for years now."
—Harlan Coben