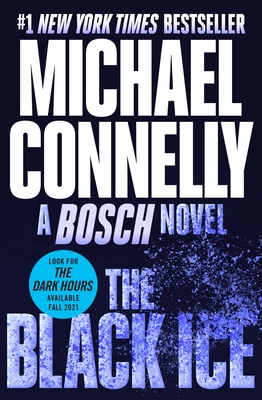 This is book number 2 in the A Harry Bosch Novel series.

When an LAPD narcotics officer is found with a fatal bullet wound and a suicide note, Detective Harry Bosch follows a bloody trail of drug murders across the Mexico border.

Working the case, LAPD detective Harry Bosch is reminded of the primal police rule he learned long ago: Don't look for the facts, but the glue that holds them together. Soon Harry's making some very dangerous connections, starting with a dead cop and leading to a bloody string of murders that wind from Hollywood Boulevard to the back alleys south of the border. Now this battle-scarred veteran will find himself in the center of a complex and deadly game—one in which he may be the next and likeliest victim.

Michael Connelly is the author of twenty-eight previous novels, including #1 New York Times bestsellers The Crossing and The Burning Room. His books, which include the Harry Bosch series and Lincoln Lawyer series, have sold more than sixty million copies worldwide.  Connelly is a former newspaper reporter who has won numerous awards for his journalism and his novels and is the executive producer of Bosch, starring Titus Welliver.  He spends his time in California and Florida.

"One of those books you read with your knuckles - just hanging on until it's over...good and thrilling." - New York Times Book Review


"It's impossible for Connelly to tell a bad story." - The Arizona Republic


"Michael Connelly writes with a seamless unity of tone and pace that makes reading his crime novels absolutely effortless and totally engaging...his narrative rolls out in a perfect parade of action, memory, emotion, color and tension." - Pittsburgh Post-Gazette