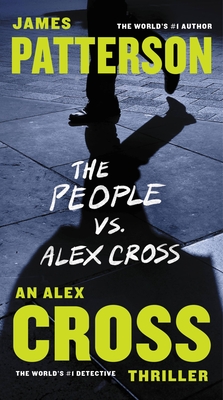 This is book number 23 in the An Alex Cross Thriller series.

This time it's Alex Cross on trial.

Alex Cross is on the wrong side of the law. Serving a suspension from the force while he awaits trial for murder, Cross has been branded as a trigger-happy cop, another bad apple walking the streets with a gun, an accusation that Cross will do anything to refute. To make himself feel useful again, Cross opens a counseling office in the basement of his home. When his former partner Sampson shows up needing his help, Cross jumps at the chance, even if it may end up costing him what's left of his career. When a string of young, blonde women go missing, the investigation leads Cross and Sampson to the most depraved, darkest corners of the internet. Struggling to prove his own innocence and uncover the truth lurking online, Cross must risk everything to save his most at-risk patient of all...himself.

James Patterson holds the Guinness World Record for the most #1 New York Times bestsellers. His books have sold more than 350 million copies worldwide. He has donated more than one million books to students and soldiers and has over four hundred Teacher Education Scholarships at twenty-four colleges and universities. He has also donated millions to independent bookstores and school libraries.