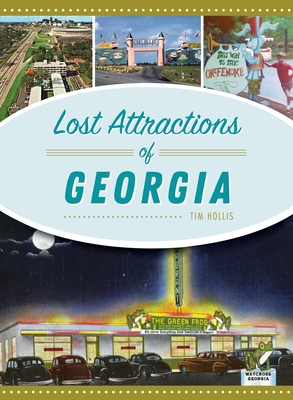 
Not On Our Shelves—Ships in 1-5 Days
While Atlanta has been a major tourist destination since the Civil War, travelers rarely encountered the rest of Georgia unless they were on their way to Florida. That meant scores of attractions, motels, restaurants and gas stations sprang up along the major and minor routes, all vying for their own piece of those Yankee dollars. In Lost Attractions of Georgia, author Tim Hollis introduces us to such defunct sights as Storyland and the Georgia Game Park, as well as now-extinct elements of popular attractions, including Six Flags Over Georgia, Rock City, Stone Mountain Park and others.