Hispanics and Latinos in Vallejo (Images of America) (Hardcover) 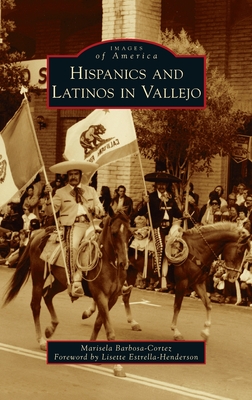 Hispanics and Latinos in Vallejo (Images of America) (Hardcover)

Originally part of Rancho Suscol, Mexican land granted to Gen. Mariano Guadalupe Vallejo, the city of Vallejo, California, has been home to a Hispanic and Latino community since its establishment in the mid-19th century.

The son of General Vallejo was the first medical doctor in Vallejo, and Frank Antonio Blanco was the city's first public school probation officer. His son Edwin J. Blanco was a public elected official. During World War II, the bracero program brought an influx of Mexican immigrants, and the city of Vallejo saw a resurgence in Spanish-speaking community members. Over the next few decades, community organizations were created, and the number of Hispanic- and Latino-owned businesses increased. In the last decades of the 20th century, the community grew to over 25 percent of the city's population. Today, Hispanics and Latinos are business owners, professionals, job creators, advocates, and a strong economic power in the city.

A mother, wife, business owner, and community advocate originally from Mexico, Marisela Barbosa-Cortez immigrated to Vallejo with her parents, Graciela and Israel; her sisters Maria and Sonia; and her brother Jose. Barbosa-Cortez is a forward-thinking catalyst for change, and her commitment to community betterment is reflected through her years of involvement and leadership in the areas of economic development, advocacy for children and women, and civic engagement.