Surrendering to My Spy (Paperback) 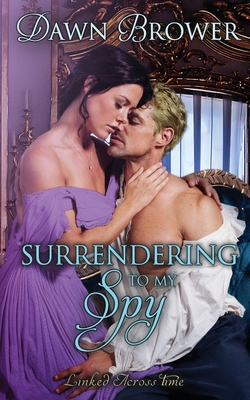 Surrendering to My Spy (Paperback)


Not On Our Shelves—Ships in 1-5 Days
(This book cannot be returned.)
A rogue, a marquess and a spy... Each an integral part of Dominic Rossington's life and he does them rather well. Love throws him off balance and he'll do everything in his power to protect the one who holds his heart. Danger lurks on the horizon and he'll have to put it all on the line to save her. Lady Rosanna Kendall's heart was broken when the one man she always loved told her he'd never marry, and even if he did she'd be his last choice. Shortly afterward her eldest brother died in a freak accident sending her into mourning. During that time she picked up the tattered remains of her heart and hardened it. Lord Dominic Rossington, the Marquess of Seabrook worked diligently as a spy for the war office. He led a dangerous life that had no place for a wife or family. He couldn't in good conscience encourage Lady Rosanna--even if she was his greatest desire. Years later Dominic sees a way to free himself of his obligations to the crown and finally claim the one woman he's always wanted. All he has to do is complete one last mission and convince her she's the only one for him, but he may be too late... Will they both survive Dominic's dangerous lifestyle long enough to claim their happy-ever-after?