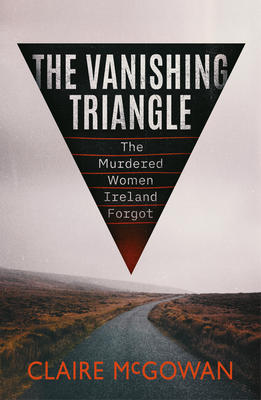 From the bestselling author of What You Did comes a true-crime investigation that cast a dark shadow over the Ireland of her childhood.

Ireland in the 1990s seemed a safe place for women. With the news dominated by the Troubles, it was easy to ignore non-political murders and sexual violence, to trust that you weren't going to be dragged into the shadows and killed. But beneath the surface, a far darker reality had taken hold.

Through questioning the society and circumstances that allowed eight young women to vanish without a trace―no conclusion or conviction, no resolution for their loved ones―bestselling crime novelist Claire McGowan delivers a candid investigation into the culture of secrecy, victim-blaming and shame that left these women's bodies unfound, their fates unknown, their assailants unpunished.

McGowan reveals an Ireland not of leprechauns and craic but of outdated social and sexual mores, where women and their bodies were of secondary importance to perceived propriety and misguided politics--a place of well-buttoned lips and stony silence, inadequate police and paramilitary threat.

Was an unknown serial killer at large or was there something even more insidious at work? In this insightful, sensitively drawn account, McGowan exposes a system that failed these eight women--and continues to fail women to this day.