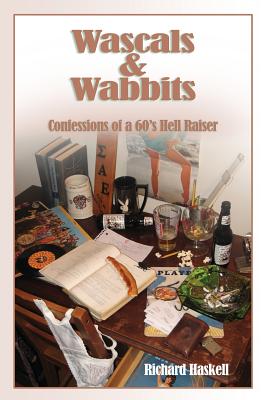 
Not On Our Shelves—Ships in 1-5 Days
(This book cannot be returned.)
Not every college kid in the late 60's was burning down armories - some were raising hell in a fun loving way. The Wascals - Dick, Dave and John - were burning all three ends of the candle at once. Purdue University, the hot bed of student rest, was home to three of the most notorious assassins of civility and good taste. The result was a non-fiction version of Animal House that would make the worst offenders blush. All the while pretending to be students. Dick and Dave, after a stay in purgatory courtesy of Uncle Sam, landed in school boy nirvana - the brand new Playboy Resort in Lake Geneva, Wisconsin. It was their very own summer of love and a hellava lot more fun than what was going on in San Francisco at that time. Imagine what heaven looked like in 1968, the Wascals lived it without all the nonsense about a bright light in a long tunnel. It's a trip through the funnier side of the sixties. It'll make you laugh and maybe a little jealous that you didn't have as much fun.
Purdue University, class of '67, '68 and '69, which goes a long way to explaining why it took 15 years to finish Wascals & Wabbits. In between, the author and the other Wascals owned a number of businesses, due to their inability to hold down a steady job. On advice of counsel, there won't be a sequel.