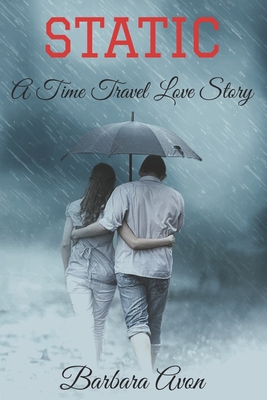 
Not On Our Shelves—Ships in 1-5 Days
(This book cannot be returned.)
On the night of October 11, 1981, David Parker and his wife Marie were driving their car in a torrential downpour before what was supposed to be a romantic anniversary dinner. What lay ahead of them on the road was a fate that was far more twisted than the curvature of the asphalt. Six years after that night, David awoke alone. Across town, Catherine spends her nights dreaming of a better life. She is a young widow and her beauty is surpassed only by the sadness that overwhelms her. Love eludes her. Until she connects with a man whose voice fills her heart with its melancholy truths about life. David and Cat have yet to meet face to face. They fall in love over the airwaves, both having come in possession of a portable, two-way radio transceiver. David's ex-wife lurks in the shadows after realizing she's in an abusive relationship with the man who saved her from the car accident six years prior, but Marie's veins are filled with venom. Will David and Cat ever meet? Will Marie's vendetta force them apart? Or is it the rift in time that will cause David to question his sanity? This is a story about a love so powerful, you can almost hear it - through the static.
Barbara Avon is the author of ten novels. A romantic/suspense trilogy, a two part romance/time travel story, a stand-alone time travel/suspense romance, a two part thriller/romance and two stand-alone horrors. She is also the author of three children's books. In 2017, Avon won second place in FACES Magazine "Best of Ottawa" awards in the female author category. In 2018, she was once again nominated and won in her category. Her books have been received favorably across the board, entertaining readers with an almost "movie-like" quality. Barbara has written since she was young, pursuing her dreams and vowing to write for as long as she can. She has worked at several different media publications and will continue to publish novels until "her pen runs dry". She believes in paying it forward and you can read about this belief as the theme is given voice in most of her books. Avon lives in Ontario, Canada with her husband, Danny.