The Fortune-Teller's Son: A Riveting Tale of Survival and Sacrifice from Old Vienna to America Based on the True Story of Otto Rigan (Hardcover) 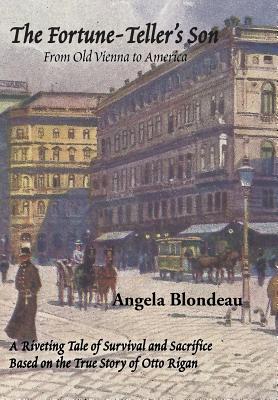 The Fortune-Teller's Son: A Riveting Tale of Survival and Sacrifice from Old Vienna to America Based on the True Story of Otto Rigan (Hardcover)

Why was six-year-old Otto Rigan alone on a ship to America in 1927?

Otto's father, Mathias, was left on the dock in Austria by his parents when they sailed to America. Why was he left? Though he was young, Mathias adopted a monkey and earned a living as a fortune-teller in Vienna.

Marriage produced a son, but within two years, his wife departed for America--leaving Mathias with little Otto and Mucki to raise alone. Life was sparse, but the bond of love and devotion between the three was deep. When Mathias received a demand to send Otto to America, he faced an emotional dilemma. Left by his parents and then by his wife, could Mathias endure another parting--this time his boy?

Could Otto adapt to a new culture, language, and life without the only things he knew and cherished--his devoted father and his monkey? What's to become of Otto, the monkey, and Mathias? Could Mathias go to America to find his wife?

The heart-wrenching and emotional turmoil that each character faced in this true story of the Rigan family lies within the pages that begin in a village in Austria in 1880 to life in old Vienna to Chicago to the World's Fair to World War II to a military career and to places beyond in search of a father.